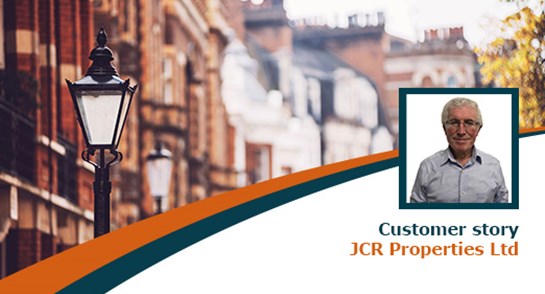 When Jack Chimonas came to London in 1969, he planned to stay just long enough to complete his studies. Five years later, while sweating on the results of his degree in Economics, Jack’s life changed forever when Turkey invaded Cyprus.

“I’d always intended to go back,” said Jack. “My family was in Cyprus but after the invasion the job opportunities disappeared. The part of the island that Turkey occupied accounted for 70 % of the island’s GDP. My father lost 300 acres.”

By this time Jack had married. His wife Rebecca was born in Cyprus but had lived in the UK since she was two. “My parents, brother and sister were all back home but it just made sense for me and Rebecca to stay in London and build our life together here.”

Armed with his degree Jack soon landed a job with Rael Brook, a clothing firm which made shirts for Marks & Spencer. As assistant to the Chief Accountant Jack learned the basics of bookkeeping and could have set about a career in finance roles in the rag trade.

In fact, for 27 years he did just that, first for Rael Brook and then for Mark Angelo Fashions, but during the 90s Jack branched out, establishing a parallel life as a property entrepreneur. I was always interested in property and I bought my first investment property in 1986 when the term buy-to-let did not exist.

“I could see that textile manufacturing was heading East,” said Jack, so I needed a plan B.” He started with a three-bed flat in Holloway, bought with a 100 per cent loan.[i]

“Property prices were low so it was a good time to get into ‘Buy-to-Let”. Within two years Jack’s portfolio had grown to eleven properties, all bought with 100 per cent loans between ’94 –’96, all yielding a steady return from rental income.

Today there are 40 properties in the family portfolio[ii] and Jack has been dedicated to the family firm for almost two decades. Aged 69 Jack has no intention of hanging up his property ladder just yet, but he says he’s been thinking about who will take on the business when he eventually decides to take it easy.

All three of Jack’s children have careers. Son Christopher is a speech and language therapist, elder daughter Nicky is a teacher, while younger daughter Elena runs a gallery in Camden.

They’ve all had some involvement in the family business over the years but Jack says it is Elena who is most suited to take on the leadership role when he steps down. “She has the measured temperament you need to make good judgements,” he says.

After graduating seven years ago Elena shadowed her father for a spell, learning different aspects of the property business, including the importance of establishing personal contacts with agents. For now, she is focused on her Camden gallery but Jack is hopeful she will go on to manage the business in the future, ideally alongside her siblings so that they can all contribute to the success of the business using their different experiences and skill sets.

“For me, it’s not about sons or daughters,” says Jack. “It’s simply about who is the most suited to the task.”

[i] Offering as security his home and the investment property he already owned.

[ii] Most of these properties purchased using 100% finance.

If you have a customer enquiry, please complete our Contact us form.